Dias Ismailov: Yes, there are fixed matches in eSports 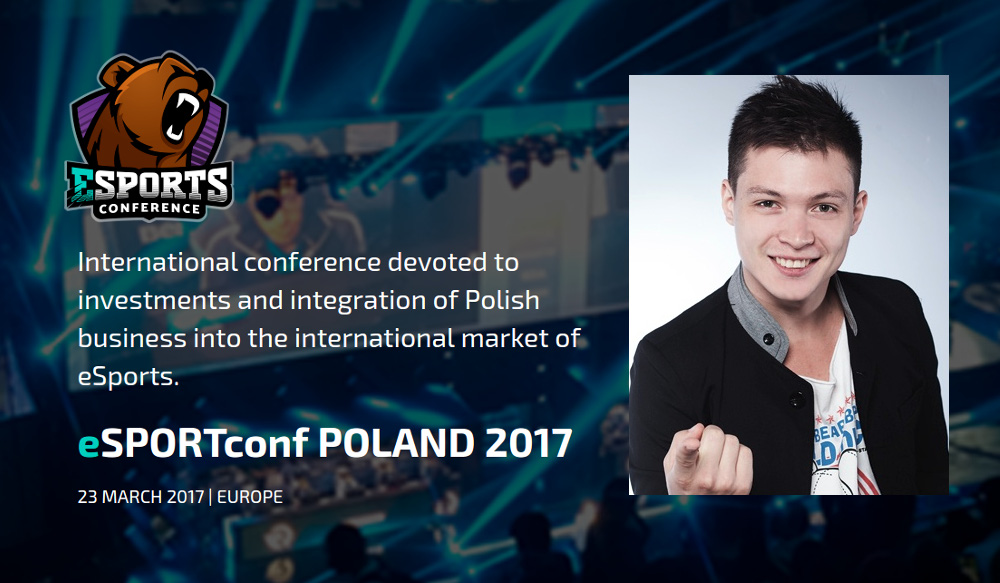 It is not for the first time that Smile-Expo company, organizer of eSPORTconf Poland 2017, holds successful industry events. Our conference speaker Dias Ismailov, founder of CybBet, has presented at one of the specialized events recently.

He spoke about the place of eSports in the betting market. We have prepared an extract of his presentation to introduce visitors of eSPORTconf Poland 2017 to speaker’s topic.

What can be bet on eSports?

There are 4 types of bets in eSports betting:

According to the speaker, the last type of bets is the most widespread all over the world. People are not too enthusiastic about betting real money, the volume of Bitcoins is restricted on its own, all games have different virtual currencies, and in some games they are prohibited by developers. At the same time the cheapest skin costs 10 cents, and the most expensive – around $2100.

Skins are a sort of textural models applied in video games. For example, in CS:GO they are mainly exchangeable weapons: knives, guns, rifles. By purchasing or winning a quality skin, user might start performing better in the game.

“Skins don’t influence anything except your self-conceit in the game… Which means a lot,” told Dias Ismailov about the significance of this “currency” type.

According to analytical data, the global turnover of gaming skins comprised $5 billion in 2016. Meanwhile, according to the same sources, real money bets on eSports are placed by only up to 2 billion people in the world. Speaker noted an interesting regularity: despite the fact that there is much money in the market, nobody knows exactly where they come from.

Answering the question how to secure bets, Dias Ismailov said: “Use Bitcoin to be on the safe side.”

“Yes, there are fixed matches in eSports,” Dias Ismailov answered the question from the audience. According to the speaker, it often happens that teams bet against themselves just before the match.

As an example he mentioned a case when all team members registered at the bookmaker’s website and placed the highest possible bets against themselves just before the tournament. As far as they had to specify real names and data, it wasn’t difficult to figure out who were the cheaters.

Speaker noted that the largest fixed matches are arranged through skin betting, and not real money, as licensed platforms know who is placing the bets.

If we view the situation at a global scale, there was a big scandal involving StarCraft II world champion, who surrendered around ten matches in 2016.

But it doesn’t mean that such things go unnoticed. Cheating schemes are tracked by eSports federations, and delinquent players are banned from participating in significant tournaments for a definite period of time (depending on the degree of guilt). Therefore, the number of dishonest eSportsmen is reducing, and the majority of players prefer a fair play.

It should be noted that at eSPORTconf Poland 2017 Dias Ismailov will focus on Polish and European markets. Moreover, 2 other speakers will represent the betting segment at Warsaw-based conference:

Ticket for eSPORTconf Poland 2017 can be bought here.