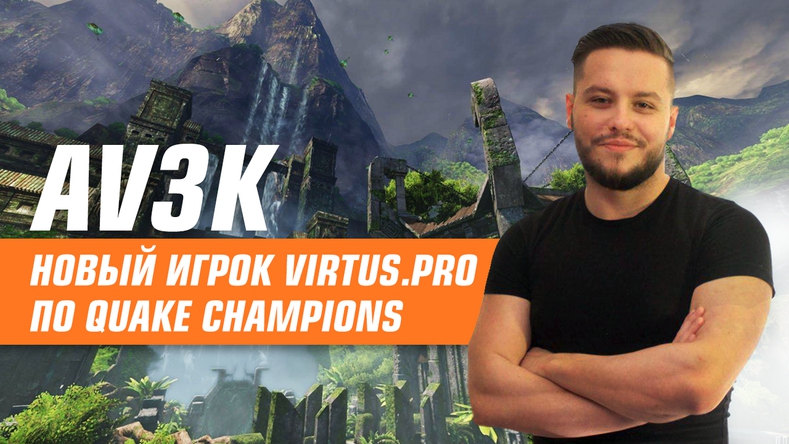 As reported earlier, Belarusian eSports player Yanushevsky won’t be able to participate in QuakeCon 2017. As a result, Virtus.pro had to find a substitution. And the choice fell on Krzykowski.

These two players have played for competing teams at Quake tournaments many times. However, being in one team now, they will play not only under one tag but also as partners at 4х4 tournaments.

Maciej “Av3k” Krzykowski is a well-known player in Poland and abroad, whose portfolio contains victories at such tournaments as ESWC 2007, GameGune 2008, DreamHack Winter 2008/2009, and many others. General manager of Virtus.pro Roman Dvoryakin congratulated Polish fans on the increase in the number of Polish eSports players in Virtus.pro team.

Av3k said that he was happy to play for the team he had been keeping track of for many years and noted that he planned to work thoroughly with the support from Virtus.pro professionals to repeat his previous successes and gain the victory in QuakeCon 2017 as well as in the upcoming Quake Champions tournaments.